Help Save the Honeybee

Help Save the Honeybee Campaign is about helping support our bee population by growing bee-friendly plants and flowers around our homes and in our gardens. Most flowers exist solely to attract pollinators such as the bee, the flowers themselves often rewarding the creatures by feeding them energy-packed nectar. 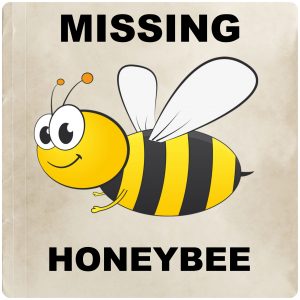 As we continue to flatten bees’ foraging areas around the world, building our concrete habitats and soaking the earth in pesticides to attempt control of what we perceive as pests, the humble bee is suffering. It’s high time that we gave a little back. That doesn’t mean building a hive or two in your yard; there are plenty of small ways that we can make a big difference in the lives of the honey bee.

To help guide your efforts, we have put together the list, “Ten of the best flowers for bees.”

All of the plants and flowers that we selected for the piece are low-allergy, low-maintenance and will grow happily in pots, on balconies, or on a sunny windowsill if you don’t have much room to spare. If you’re feeling a little more hardcore about wanting to help honey bees, then you’ll want to check out our definitive guide to beekeeping for beginners.

What do bee’s do for us?

It can be easy to take the little guys for granted, especially if bees aren’t your cup of tea or if you (or your child) has been stung, but honey bees bring much more to the table than most of us realise.

Honey bees are useful for a few different reasons domestically speaking, but they do the best job at pollinating fruits and veggies. Without bees, our home vegetable gardens would fail, producing paltry harvests at most. Not to mention the abundance of flowering plants that rely on bees for pollination and will only produce their beautiful blooms when the bees are visiting.

On the national and commercial scale, Australian honey bee products are a $90 million annual industry! Between 2013 and 2014, the Australian honey bee industry consisted of approximately 12,000 registered beekeepers owning a total of approximately 520,000 hives (beeaware.org.au/industry/). Australian beeswax has a wide range of cosmetic, holistic, and industrial applications, like making candles and premium furniture polish.

Statistics from the Rural Industries Research and Development Corporation shows that 35 Australian industries and 65% of agricultural production are dependent on honey bees for the majority of their output. The value of honey bees to Australian agriculture is estimated at $4 billion to $6 billion each year owing to the role of honey bees in pollinating economically important Australian crop for which the bee is the most efficient pollinator, including:

While most of our other fruit and vegetables also depend on bees as the primary pollinator, they are also pollinated by wasps, butterflies, ants, insects, and other animals like birds. Without the bees, our economy would suffer and the effects would trickledown to everyone. Without help from the honey bee, our crops won’t produce as much, and in the end, the cost of fruits, vegetables and any by-products will rise.

How to identify a Bee from a Wasp. There is an excellent chance that a bee or wasp stung you when you were a child and that the memory is still etched into your brain. It’s important to get past any remaining fear and realise that bees very rarely sting unless they feel threatened.

Bees foraging in your garden are very unlikely to sting if you pose them no threat. However, if you were to accidentally stand on one with bare feet (any childhood memories flooding back?) or spray one with a hose, then you will be stung. Bees generally will only attack you if you are a threat to them, their hive, or their swarm. Once they have stung you and the stinger has pulled away from the bee’s body, it dies.

Did you know?
We actually have over 1,600 species of native bees in Australia! Eleven of them are of the stingless variety— the rest are either too small to effectively harm us— and the rest are your typical Aussie, very laid back and easy going.

The majority of bees are in fact solitary bees, meaning they live their lives in a solitary nest, sometimes near other species and sometimes even living communally with other bee species, and almost always being mistaken for wasps, honey bees or hoverflies. They may not produce honey or beeswax, but they are outstanding pollinators. Let’s make this clear, not all wasps are bad! The main type of wasp that we’re all familiar with is the European wasp, which was first discovered in Tasmania in 1959. The European wasp wasn’t officially recorded on the mainland until 1977 when it was discovered in Melbourne. These little black and yellow guys are quite common in and around our homes and are much more aggressive compared to our native Aussie wasps.

The European wasp has a short, stout body that makes it easily mistaken for a honey bee, whereas the native flower and paper wasps have a longer and thinner body with a narrow waist. The European wasp is also nearly half the size of native wasps and has a furrier-looking thorax.

European wasps enjoy dining on fruit, meat, sweet stuff and the occasional flower and are often found feasting on any cat or dog food that’s left out. European wasps can also feed on spiders and insects, which would be a great thing, except they compete with our chill native wasps for food, causing a strain on their population. Unlike the European honeybee, European wasps can and will sting multiple times, and they will do so if they feel their nest is threatened.

Did you know?
Our native wasps play a vital part in pollinating flowers and crops, too!

What’s wrong with our Bees?

A preliminary study financed by the U.S. National Institute of Food and Agriculture reported that U.S. beekeepers lost 44.1% of their honey bee colonies between mid-205 and mid-2016, marking the second consecutive loss year. While some number of losses is expected in the winter season, losing bees during the summer is extremely alarming. Thankfully, Australia’s bees have escaped a majority of the problems that are hurting the rest of the bee populations around the world. Even though our bees are relatively healthy at the moment, they will always be in danger from a variety of threats, forcing beekeepers to work overtime to keep them safe.

The Commonwealth Scientific and Industrial Research Organisation (CSIRO) is one such organisation that’s leading the Global Initiative for Honeybee Health (GIHH), which is currently tagging our honeybees with tiny, smart sensor technology (called “backpacks”) that will analyse the health of our bees. The idea is to unite the efforts of scientists, researchers, farmers and beekeepers by providing a wealth of information to advance our knowledge of bees’ health and ability to pollinate. Way back in 2006, the world’s honeybee population (Apis mellifera) was stricken by what is often referred to as Colony Collapse Disorder (CCD). CCD is a mysterious phenomenon that occurs when nearly every worker bee in a colony disappears, leaving behind the queen, plenty of food, and just a few nurse bees. Such mass disappearances have been recorded throughout history, referred to as disappearing disease, spring dwindle, autumn collapse, and May disease.

The great collapse in 2006 saw a drastic rise in the number of disappearances of honey bee colonies in North America, while European beekeepers observed similar decimation, with some bee populations declining by more than half. While Aussie bees may seem safe for now, the entire bee population is still in great danger from a variety of threats.

There is no single cause that has been discovered for CCD yet, but attributing factors suggest that the use of pesticides (particularly the neonicotinoids), Varroa mites, loss of habitat, genetic factors, immunodeficiency, malnutrition, and changing beekeeping practices could all be to blame. Varroa Mite attached to its host, weakening the bee.

Australia is known as the lucky country and for good reason! It has so far been very fortunate to avoid the infestation of Varroa mites (Varroa destructor and V. jacobsoni), which has put a massive strain on overseas honey bee populations. The Varroa mite is a tiny external parasite that needs a honey bee host in order to reproduce and survive. Varroa mites attach themselves to honey bees, weakening and crippling the bee while it transmits various viruses and feeds on larvae in the hive.

Even though we have no reported cases of our hives becoming infested with the Varroa mite, Australia is under a constant threat. One particularly troublesome strain of Varroa mite is widespread in neighbouring Papua New Guinea. In late-2016, The Department of Agriculture and Fisheries issued an alert after finding Varroa mites on a feral Asian honey bee hive in Townsville, Queensland.

What you can do to help Grab some seeds and start planting today! One of the best ways that we can help support honey bees is by giving them more plants and flowers to pollinate. The best types of flowers to keep around your house are the ones that are not wind pollinated, which can cause hay fever and upset asthma. Most large, bright flowers have evolved that way to attract pollinators, and their pollen is not easily blown about by the wind.

If you don’t want to plant the seeds and nurture the flowers, then why not buy plants? Check out your local garden centre or order online from Plants Across Melbourne. Honey bees are a lot like us; if they are healthy and stress-free, they will be more resistant to pests and diseases. So if we plant pollinator-friendly flowers in our gardens and yards, then we can help keep our bees’ stress levels down and provide them with new areas to forage.

Another way to learn more about honey bees is by jumping right in. If you’d like to take a more active role, why not learn how to become a beekeeper and add a hive to your garden? For amateurs, hobbyists, and honey bee enthusiasts there are plenty of workshops, beekeeping courses and industry resources available to educate about things like bee stings, colony health, and disease identification. The Australian Honey Bee Industry Council (AHBIC) is a great place to start learning all about beekeeping and the industry here in Australia. 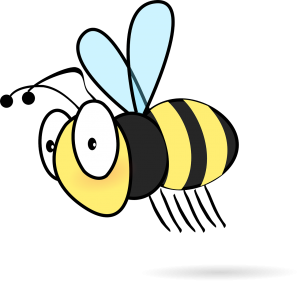 Other things you can do to help the bees: 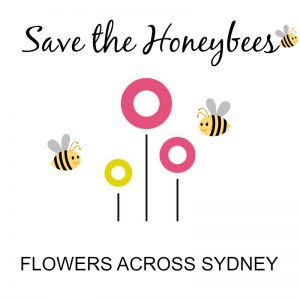 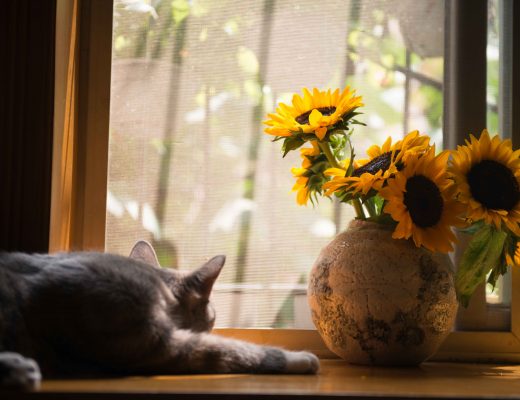 Warning: Lilies can be deadly to your cat